Ohkay, I know. Technically it was yesterday. National Video Games Day is on the 12th of September. I am sure there must be somewhere in the world that is still celebrating!

I have enjoyed video games for as long as I remember. There is nothing as rewarding as becoming absorbed in a gaming world, living as that character and being involved in amazing stories of loss, survival and conquest. I feel that games can immerse me in amazing worlds in a way that even the most well written book can only dream of.

As I read peoples Tweets about what games meant to them, I decided to write a blog about my firsts in gaming.

The First Game I Remember Owning and Playing

Alex Kidd is the first game that I can ever remember both owning and playing. I received a Master System II and soon found that Alex Kidd was built into the system. I had so much fun completing level after level. Though back in those days I needed my mum to help me get through the castles. They were just too tricky and eerie!
Looking back on it, I think it is a bit lame that the bosses come back to luck with the Scissors, Paper, Rock you need to play. Even though I started to remember the patterns (I wrote them down!) I still struggled and would often fail when it got to the last one. Was that the Tiger? It’s been a long time.

The First Game I Spent More Than 100 Hours On

Pokemon Silver was the first Pokemon game that I had ever played. I watched my cousin play one of the original versions and I really wanted it for myself. I can not even tell you how many times I played the hundreds of hours I played this game for. It would actually be in the thousands. I would play for a few hundred hours and then restart all over again. In my final save I had the PokeDex and was breeding for shiny Pokemon using a Ditto I obtained from Pokemon Yellow using the glitch. Every time I would see my cousin we would battle each other. It would always be a close call between his Jynx and my Typhlosion. Those were the days.

The First Game I Played Online

My cousin introduced me to RuneScape back when it was still RuneScape Classic. Over the years I have played on and off and am currently on again. I don’t think it is something I will ever quit. I enjoy grinding and leveling. The satisfaction of getting a 99 keeps be going. That said I only have seven of them. Which is quite embarrassing for an account as old as mine! I am not ashamed to say that I still really enjoy the game. It’s great. We have come a long way from ‘buying GF’ to where we are now. It’s been a good time! 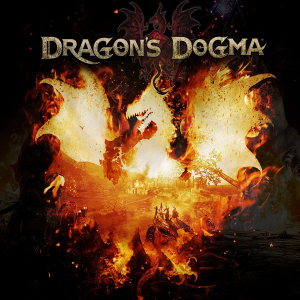 The First Game I Obtained The Platinum Trophy For

I don’t know why but everyone seemed a bit unsure about Dragon’s Dogma before it came out. As soon as I saw the trailer I needed it so badly. Other people weren’t so sure. I was working at EB Games at the time and no one wanted to preorder it. It was the first game of it’s type that I played. A JRPG with a strong western feel. The first RPG I had really been interested in playing that wasn’t overly Japanese. As soon as I started farming meat to sour and then sell – I was sold!
Also the fact that it has armour from Berserk is amazing. I didn’t know that when I purchased it. I didn’t want to put this game down and when I was finally finished, I decided to go for the trophies!
I just wish there was more variation with the larger monsters. I hope Dragon’s Dogma 2 is a thing. I need it.

The First Game That I Played With Someone Else

I can still hear the police music in my head. They were always after my brother and I when we played. The best thing about this game is having to go for the crazy paint jobs that tended to be in obscure places. Having to jump over the river or over a massive loop. To be fair as a young child I spent most of my time just playing ‘tag’ with my brother. That made the game amazing to me!

The First Game That I Purchased DLC For

After falling in love with Dragon’s Dogma I decided to take the plunge and play Dragon Age Origins. I actually purchased this on the Xbox 360 and played it for around an hour before shelving it. I bought a copy on the PlayStation 3 and absolutely loved it. I fell in love with Alistair straight away. He is such an amazing character. Every choice I made had his interest in mind. THEN IN THE END HE DUMPED ME. That made me so mad. I made him King and then he’s all “got to have an heir so I’m noping you.”. Worst boyfriend ever. The heartbreak didn’t turn me off the game though and I ended up purchasing the majority of the DLC.
I also attempted to go for the Platinum but the trophy for killing Darkspawn glitched on me and never popped. Even when I deleted all of the game data. So, there’s that.

The First Game That I Streamed

If you have yet to play Journey – do it! It is an amazing experience. Nothing compared to playing through the game and then realising that the other character is actually a real person. Even without that experience now, it is definitely worth your time. The game is so beautiful and the story is really meaningful and sad. I have played this game countless times. Twice on Stream already! Once I buy a PlayStation Camera I am going to play it one last time: this time as a white cloak! I think it will be nice to stream while helping little redders go about the game!

Well that’s it! What are your gaming firsts? 🙂