It’s true, I play a lot. In fact I can’t put Animal Crossing: Pocket Camp down. I’ve played it in bed, whilst cooking dinner, in the shower, at the doctors, whilst in America.. You name it and I’ve probably played Pocket Camp whilst doing it! So it may come as a surprise that half of the time I can honestly say I am not enjoying the time I am spending on the game. So, why am I doing this to myself and forcing myself to play the game almost every three hours?

The answer lies in the fact that the game has been pumping out events non-stop. It all started with the Holiday Event at the end of last year. From there we’ve had.

March has only just begun and there’s hardly been a break between the events. So far these events can be sorted into two categories; the events where you collect resources to craft into event items, and the events where you have to collect critters from flowers you plant and are awarded event items at certain intervals. The former events are incredibly easy and don’t impact my play style in any way. The latter events though, they are the bane of my existence. The catch rate on the critters is honestly abysmal. It’s not uncommon to try to catch twenty and only succeed catching four or five. It’s almost impossible to complete the event without sharing with other people which luckily is straight forward.

So, you still might be thinking why I am participating in these events when they aren’t exactly fun. The answer lies in the limited edition items you receive from said events. Ever since I started playing Pocket Camp during the Australian soft release (read my review here) I have been determined to complete the catalog. Every single time I get close, the game releases something to push me back to the start; whether that be the items from gardening or Brake Tapper. The events have a multitude of clothes and furniture exclusive to them and I have no idea whether the items will be repeated and to me it’s not worth the risk of finding out.

I’m not daft however as I know that the whole reason that they are pumping these events out is to keep people playing. It’s common that people drop mobile game after a short while and constantly updating the game with limited time only events keeps people playing. As someone who is currently sitting at level 75, I can see myself playing for as long as they keep updating the game.

For all of my complaints about the frustrating events, I do think that the updates that they have released for the game have been fantastic. The game is a far cry from what it was when it originally launched. It’s had major updates e.g. clothes crafting and gardening and has the promise of interesting future updates too. New animals are constantly added to the game; as is the dialogue that the older animals rotate through upon interacting with them.

I can not fault the development team in any way as to how they are handling Pocket Camp. The updates are frequent and fun and they are constantly adding quality of life improvements to the game to make tedious tasks such as gardening much easier. My only gripe is feeling like I am being forced to play the game during the events. Whenever I feel like that in any game I really struggle not to drop it. Because after all games should be about fun.

This is my first real experience with the Animal Crossing series as whilst I owned New Leaf, I would have played it for no more than ten hours. Pocket Camp has done wonders in terms of making me anticipate an Animal Crossing title on Switch. At this point I can’t wait for one. I feel like Pocket Camp was a wonderful introduction to the series and I’ve seen the sentiment from others as well! 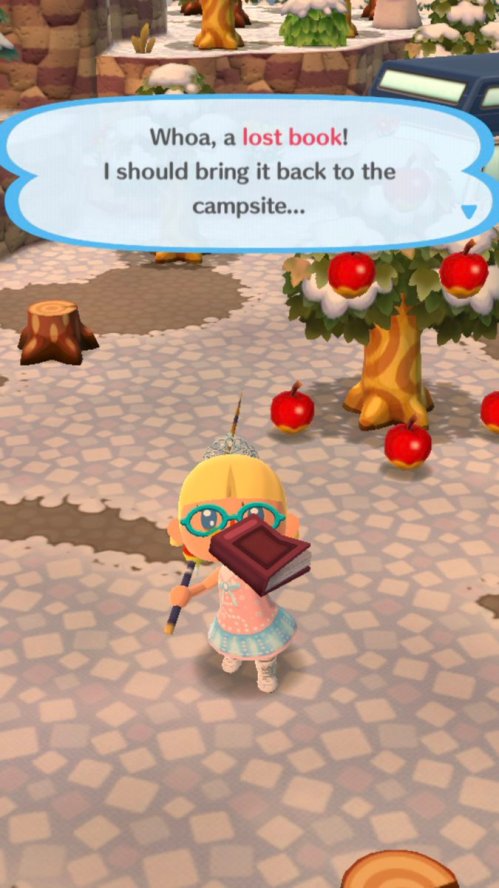 All in all, I can’t wait to see where Pocket Camp goes in future updates. For the most part I do genuinely enjoy playing the game and I am someone who has shirked from mobile gaming for a very long time. Pokemon GO was the first mobile game I ever played and Pocket Camp was the second. I can’t see another mobile game holding my interest like Pocket Camp has any time soon.

One response to “Why Can’t I Stop Playing Animal Crossing: Pocket Camp?”