I was inspired to write out a list of my ten favourite Master System games as I was incredibly hyped for the Limited Run Games release of Wonder Boy III: The Dragon’s Trap on PS4. It is one of my all time favourite games on the system and I held off getting it digitally as I had heard a rumour of a physical release. I’d never shopped with Limited Run Games before and it wasn’t a pleasant experience all told. I was incredibly lucky to obtain a copy of the collector’s edition though!

As I had a Master System as a child I didn’t have as much access to games as I do now. There was no such thing as a backlog or a pile of shame back then. You got a game for Christmas and for your birthday. If you were very lucky you might have got one in between! So there’s are my top ten games that I have played and enjoyed on the system. 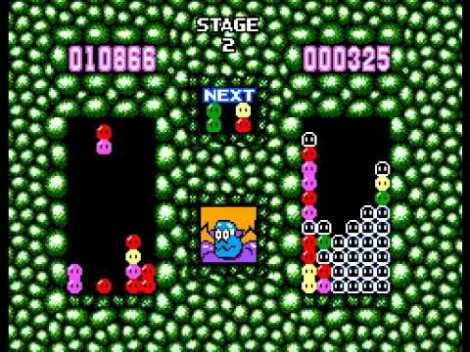 I always enjoy learning new things about video games. Sometimes they’re obscure facts and sometimes they’re so obvious that I’m embarrassed I didn’t know it before. When I was researching my list and adding Mean Bean Machine to it I learnt that it was a part of the Puyo Puyo series. It was just edited to feature Sonic characters instead. I never thought I had played a Puyo Puyo game so I wasn’t overly interested in the latest release. Knowing this though; I want to buy it.

I really liked playing Mean Bean Machine with my cousins as a child. Even though I didn’t really understand the game as it was very different to every other Sonic game I had ever played – I had fun! There’s something fantastic about playing a game that’s simpler than your normal games. It’s a break from the grind of JRPGs and open world games. Even as a child when I wanted something different this was the game I went to.

As a child I found this game so challenging. It was absolutely brutal in the life it offered you combined with the precision you needed for jumps and other obstacles in the game. I never beat it but I have fond memories of playing it with my brother and seeing how far we could get. Each time we got further than we did before; we’d celebrate like no tomorrow.

I wonder if I picked it up today if my play through would be more successful. I’d like to think so as I have had a similar experience with other retro titles.

So, this game is rather odd when you look back on it as an adult. You are on a mission to collect captured children to defeat Mr. Big. I know it’s based on a movie but the premise is so utterly bizarre. Michael not only attacks with a fedora but he can also turn into a cyborg.

Pushing the insanity to one side for a moment I had a lot of fun with the game. The soundtrack is fun as it includes versions of his songs and the game play itself is solid. It’s only when you look back on it now that you have to ask yourself why does it exist and who thought it was a good idea?

As I stated earlier I really like learning new things about video games. However what I learnt about The Ninja was rather alarming. You can beat the game in ten minutes! I find that so insulting as I never beat it as a child. How can I not beat a ten minute game? I definitely spent hours playing the title.

It really makes me want to go back so I can finish it off. I’m not sure what I found so difficult about it but I am sure that now that I am twenty-six I can handle whatever shuriken the game throws at me.

The Amazing Spider-Man vs. The Kingpin 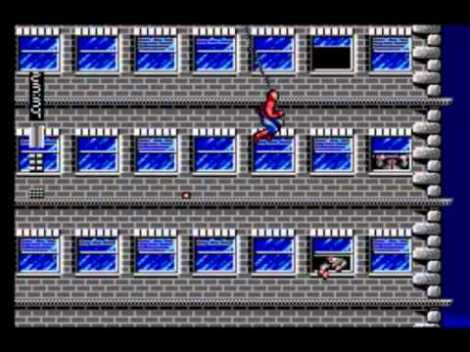 I absolutely adored this game. Spider-Man has always been my favourite super hero. Which may be no surprise to those who know me and my current love of both Homecoming and Tom Holland himself.

One of my favourite things about this game was what is pictured in the screen shot above. Scaling the building, swinging across and all the while avoiding the people opening their windows so you didn’t fall to your death. I always felt accomplished when I made my way through any section of this game.

I always hear mixed reviews about the Sonic games that were on the Master System. Normally people aren’t too fussed about them. The Master System versions were my first venture into the Sonic IP and I had a blast with them. I used to play Sonic 2 both at home and then after I had junior tennis practice in the club house. A group of us would crowd around the small TV and take turns on each level. Once you died you had to give the controller to the next person. A rule that was often not adhered to with cries of “One last go!” often heard after a death.

I really enjoyed the older Sonic games and I have never played any of the newer titles. I have been meaning to. I even bought the collector’s edition of Sonic Generations. However that soon succumbed to the horror that is my backlog. Sonic Mania has caught my eye though and I hope it does well. I’d like to play it!

This game is just downright fun. It’s absolutely fantastic. My favourite level was the one pictured above but I would be lying if I said I didn’t enjoy all of them. I was never a huge Mickey Mouse fan but this side-scrolling adventure had me hooked. Is there nothing more terrifying than donuts bigger than you rolling towards you? Or clowns throwing balls at you.. I guess clowns can be rather terrifying!

I am yet to play the remake but I have heard good things about it. Hopefully it lives up to the experience that I had with the original title. It’s such a shame that the Australian studio shut down after releasing it.

I love this game so much. I can not even describe it. Tiki the Kiwi is so cute and I enjoyed navigating the levels with a mix of scuba gear and fun flotation devices. The game was rather fast paced as if you didn’t beat a level fast enough you had a devil chase you and kill you instantly on contact. Which was rather inconvenient when you were fighting a boss.

I did play the DS port as well but I didn’t enjoy it as much as the original game. I would be lying if I didn’t say it improved the original game. It got rid of the OHKO system and allowed you to aim your bow at an angle. I just couldn’t get over the inclusion of mini-games. Which is such a trivial thing but they really took me out of the game and I ended up quitting before I finished it. 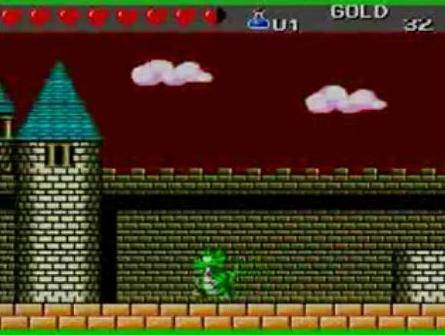 Well I guess this entry is no surprise as it was the inspiration for the entirety of the list. The Dragon’s Trap is such a fantastic game and I urge anyone who never had the chagne to play it as a child to download the Lizard Cube remake. They did such a good job and it looks stunning. I wish they would give my number one the same treatment!

There’s nothing like buying items from an angst ridden smoking pig. One of my favourite things about the game was the ability to change to numerous different animals. Each having different abilities to help you through the different stages. I loved the mouse because I felt like I had access to so much more of the world.

One of my favourite games of all time. I played this whenever I wanted to and often when I didn’t want to as it would load instead of the cart. The music is amazing, the levels are fun and my memories of the game are complete happiness. I struggled with the castles as a child and my mum would sit down with me and help me beat them. My brother and I would try all of the Paper, Scissors, Rock combinations and write them down on a slip of paper and leave it inside of the case. My Dad can still hum the main theme of the game. It’s probably the most popular game in my household to this day.

I would love this game to be remade. I personally find it miles above any of the other titles in the series. Hopefully one day I will be able to play it again! I’d love to experience it with my own child.

So that’s my top ten Master System games. What do you think? Are there any titles you really enjoyed that you think I should play? Feel free to let me know in the comments as I am always looking to try something new.