Pokemon GO and I have had a rather off and on relationship. I originally stopped playing Pokemon GO when the hype slowly waned. I found not only game absolutely incredible in the beginning but also the fact that we got it early in Australia. I would go out at night with friends and family to locations that would have well over 100 people playing together. Everyone was so friendly and would tell one another where they saw a certain Pokemon as well as take turns to lure the PokeStops for the benefit of everyone. I was always amused to see people seeing portable chargers at these locations. Honestly I found it to be just such a fun, nerdy, social activity. Walking the streets with my phone in hand often led people to ask me if I was playing when we passed one another, cars would honk their horns at me and I even had a woman yell out to me “Catch an Eevee!” as she drove past once.

My interest was piqued once more when Niantic released my favourite generation – Generation Two. I will forever back my opinion that Pokemon Gold and Silver are the best games in the series. I started to drive around to different PokeStops and managed to catch a few of the new Pokemon. Sadly they weren’t enough to hold my interest for more than a week or so.

It wasn’t until I started taking my infant daughter on a walk everyday that I made a spur of the moment decision to use the opportunity to play Pokemon GO again. Suddenly I was hatching multiple eggs a day, finding new Pokemon both randomly and via the tracking system that I had never before used; I even made my way into a few gyms which was something I had struggled to do previously. With the new update I stumbled on and even attempted a few raids. 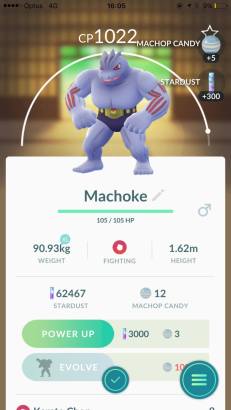 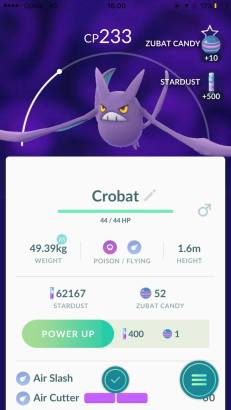 As I continued to try to take the game seriously via earning coins and participating in raids I realised that not living in a city is after all of this time still a massive impediment. In my town I’ve seen two gyms whilst walking different paths. One gym is only fifteen or so minutes from my house which I don’t have a problem with. The second gym however was only discovered on a three hour walk and is not somewhere I could access by car very easily. On top of this I’ve only managed to beat the two easiest raid difficulties as I am yet to see another player when I’ve attempted a single raid. I find this somewhat frustrating as I am missing out on the chance to catch so many Pokemon that I haven’t registered yet particularly the original starter evolutions, Snorlax and Lapras.

Even though there aren’t that many gyms in my town I have still been loading up Pokemon GO when I am out and about and have left Pokemon all over the city. I really dislike the gym update. It is frustrating that coins are capped to a measly fifty a day. I struggle to see the point when it comes to bothering to have Pokemon at more than one gym when you’ll probably reach the cap from the first one anyway. On top of this the fact that Pokemon lose stamina and get booted out of the gym even without an opposing team member defeating them is also frustrating. I haven’t taken on a gym since the update as the Pokemon will eventually be kicked out anyway. 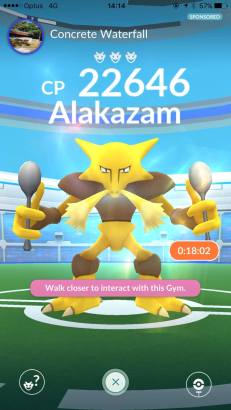 Overall I am glad that I am playing Pokemon GO again. It is an enjoyable way to get me out of the house and I am walking anywhere from 3km to 10km daily; a feat for me. I just wish that I lived in an area where I could really play the game to its full potential or in lieu of that Pokemon GO had a notification system where you could flag interest in an upcoming raid so people in quieter areas would know if it was worth going and using their raid pass only. That would be incredibly beneficial to the game.