It’s insane to think that twenty years ago Pokemon Red and Pokemon Green released in Japan. Pokemon has been such a big part of my life since they released in Australia and because of this I thought I would write a list of random and obscure facts about my time with the series.

The first Pokemon game that I ever owned was Pokemon Silver. To this day Pokemon Silver is still my favourite Pokemon game. It beats Pokemon SoulSilver out due to sheer nostalgia. I had played Pokemon Red here and there before but I had never owned it myself. This was my first experience traveling the world of Pokemon and it was so, incredibly immersive. I remember every single event on each day, Kurts PokeBalls,  teaming up with Lance, going to Kanto and the joys of Mt. Silver.  Pokemon Silver was a joy and remains my most played (excluding MMO) game of all time.

The first Shiny Pokemon that I ever bred was a shiny Marill. I obtained a Shiny Ditto using the Generation One Shiny Pokemon glitch and then transferred it back to Pokemon Silver. I  deposited it into the Daycare and for some reason decided that a Marill would be a good choice to see if it worked. I spent the whole day riding my bike up and down Goldenrod City in the hopes of hatching a shiny. Finally after twenty or so eggs, my oddly coloured Marill appeared! 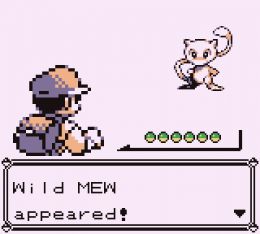 As an adult I hate hacked Pokemon. I dislike the GTS because more than likely the Pokemon on it are hacked. Back when I was younger though; I loved it! I used a GameShark on Pokemon Red multiple times. I did this so often that I still remember Mews code off the top of my head – 0155D8CF.

On the topic of Mew; I have a story about the first Mew that I ever owned. During Generation II, my cousin and I were working together to complete the PokeDex for the first time. He had a Mew that he obtained from a friend at school and ended up trading it to me. The Mew had the OT ‘Cody’. Fast forward a few years and I am working at EB when a new staff member is hired. We eventually become good friends and I learn that the Mew that I obtained all those years ago originally belonged to her boyfriend. Odd! 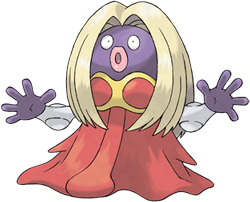 During Generation II the same cousin who I was collecting the PokeDex with and I would have at least one battle every single time we saw each other. Our parties were always the same and it would come down to a dramatic final battle between my Typhlosion and his Jynx. Literally every single time. I could not tell you how many times this same battle was fought. Sadly, Jynx beat Typhlosion a little more often than not. They were all close battles though. 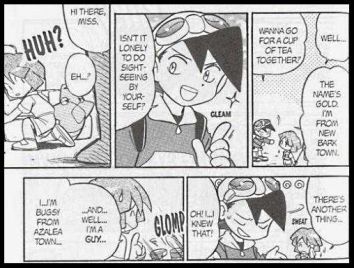 Even though Generation II is my favourite. It was only this month that I learnt that Bugsy was a boy. I suppose I must have skipped the anime episodes that included him and in the games I never gave it too much thought. Even if I did give it thought I would have assumed he would be female due to the normal formula of Pokemon genders and the gym leaders generally being the same throughout the game. My world has changed knowing this bit of information. My embarrassment was offset by the fact that in the manga Pokemon Adventures even Gold mistakes him as a girl. I’ve got your back Gold!

When I had completed the PokeDex in Generation II, I let my mum play my copy of the game. This wasn’t unusual as she had previously played video games with me. After awhile she told me that she had let my Moltres out to fly around. Instantly I clicked on and asked her if she released it from the PC. It turned out that she had done exactly that thinking she was just letting it stretch its wings before returning back to the PC. Oh mum.

So many people that I know seem to know the first PokeRap off by heart. I used to listen to it during Pikachu’s Jukebox and try to write all of the Pokemon down so that I could remember them! Even going to all of that effort I still stumbled over some of the Pokemon. I could probably sing it 70% correctly. The Gold and Silver PokeRap however is a different story. I know no one else who knows it off by heart other than me. I am sure they exist out there because it is definitely the better one of the two! I tend to listen to it once a week or so. Can’t let that skill go to waste! 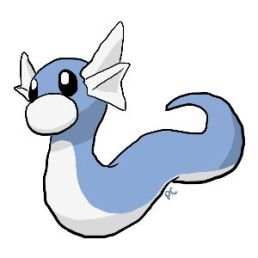 When I was in second grade I tried to start a business in my class that involved drawing [awful] pictures of Pokemon, contacting them and selling them as placemats for twenty cents each. The best thing about this part of my childhood is that children in my class actually ordered them from me. I wonder if anyone still has one. Probably not. They were god awful.

A year after I had started my impressive Pokemon placemat business I decided to take things even further and ask my school if they would let me use the hall to have a Pokemon concert. I had already imagined us standing up on the stage singing ‘2.B.A Master’ and ‘Together Forever’ while dressed up as Ash or Misty. I thought people could bring their GameBoys and we could trade or battle! I had a list of trivia questions to ask and I was going to hand out placemats as prizes. The night would have been a huge success! Too bad the school said no to me. When I look back on this I can only imagine what the office lady thought when a six year old walked in and asked to host an event at the school hall.

I made a Pokemon fan website on Geocities that was somewhat successful for my primary school self. It had information on all of the games, TCG, anime and other elements. I updated it as often as possible. The mascot was Cyndaquil and I went so far as to have a daily updated page on his current feelings. The website has sadly been long lost to the void. I had a few other Geocities websites that were cached but this one sadly never was. I DO still have the Proboards that was attached to it. I am surprised it had 70 members. The layout is awful now and I am confused as to why the URL has my name in it but I guess I was ten so I can’t be too picky. Anyway, this is what is left of that time in my life.

I met one of my closest friends online on a Pokemon Gold and Silver board (GameTalk) when I was nine. We used to sneak onto our computers late at night and talk to each other four hours. We would roleplay Pokemon, Neopets, AMZ characters. Anything! She encouraged me to draw and we talked about everything we experienced growing up. To this day we still talk to each other and she flew to my state to be my maid of honor for my wedding. It was the first time we had met and it was amazing! 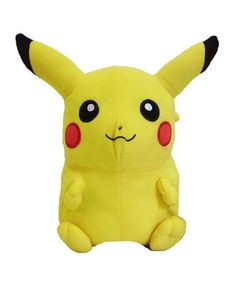 .As a child I had a much loved Pikachu plush. I took it literally everywhere. This led to my parents taking some very cool pictures of Pikachu in different holiday destinations. Sadly, I don’t have my childhood photo album at my house. My favourite photo is Pikachu sitting on the binoculars looking out at the Three Sisters in New South Wales. I remember Dad taking that photo and other tourists taking photos of it too. They thought it was amazing. I was just scared he would fall off the edge!

I have been in three different countries during new releases of Pokemon games. It goes without saying that for the majority of them I was present in Australia. However when I visited Japan with school in 2006 Pokemon Diamond and Pearl had just released. In 2011 I was living in England for the release of Pokemon Black and White and purchased it there. I did most of my trading for the PokeDex with Australian friends which led me to pulling all sorts of overnight marathons to get it done. 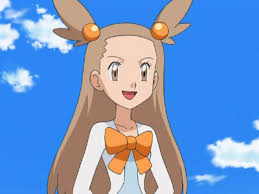 My favourite Gym Leader of all time would have to be Jasmine; leader of Olivine City gym. I thought she was so amazing saving Amphy at the top of the Lighthouse. I also thought she had the most amazing hairstyle and tried to recreate it myself. That ended miserably. I even loved her name and wanted to grow up and name my future child Jasmine. That aspect has however changed. Over all she is still my favourite Leader! There aren’t enough Steel trainers around. 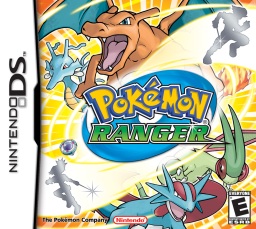 My favourite spin off Pokemon series would be the Pokemon Ranger games. I find them so much fun! The first one was surprisingly hard. I actually rage quit when it got to the part where you have to capture the two Camerupt. Once I was past that the rest of the game was a breeze. It was fun to go at a different change of pace. Taming Pokemon to help you and interact with the world around you. I hope there will be a new one soon. My 3DS is probably glad there isn’t as those Pokemon Ranger scratches on the screen are pretty severe!

Before I was renting I used to own rats. They are lovely and one of my favourite pets. People definitely under estimate how cute and clever they are. They even come to their names. I used some of the original Pokemon town names for inspiration in regards to naming them. Cinnabar, Pewter, Indigo and Cerulean.

It may not come as a surprise but my favourite Pokemon of all time is Cyndaquil. Now that there are so many it is hard to choose. I suppose I would have an answer for different catorgies such as favourite starter, favourite legendary etc. However I stick steadfast to Cyndaquil being my favourite overall. I did make a website based on him. He is the best Johto starter and is so incredibly cute. I liked him in the anime too. I felt sorry for the little guy not being able to live up to his full potential. His evolution line – Quilava and Typhlosion also look cool. 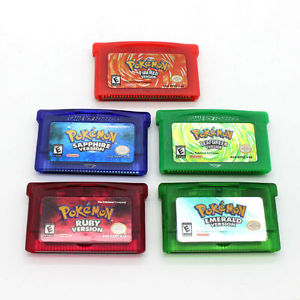 I used to own every single Pokemon cartridge [not green]. So, RBY, GSC, RSE, LGFR. One day when I went to check the box that they were in I noticed that they were all stolen. My heart sank as I had put so much time and energy into these  games and they are still decently priced. Whoever took them obviously though Pokemon Puzzle Challenge wasn’t worth their time though. Someone gifted me a copy of Pokemon Blue so maybe one day I will have them all again. Maybe.

Last year I went to the Pokemon Symphonic Evolutions concert in Sydney. I was so surprised that other people didn’t sing along to the original theme song. In my head I expected people to know more than that! It was still a great experience and I loved the music that they chose. I just wished that there was less focus on the newer games and some focus on the older ones. Still definitely glad that I went to it!