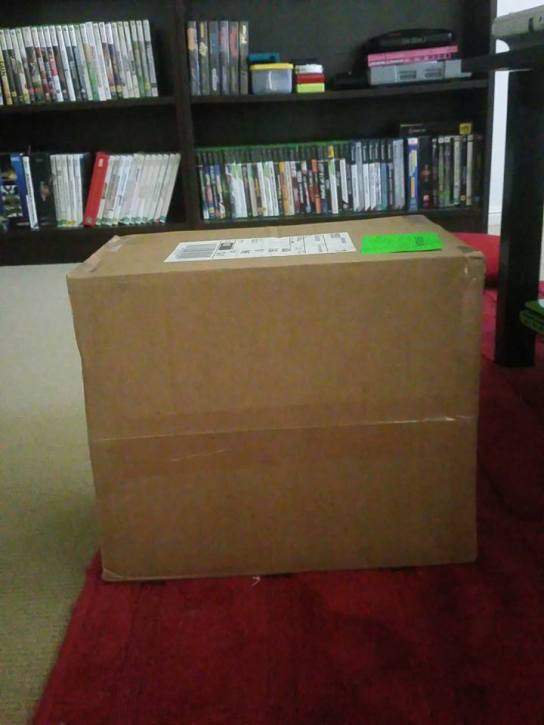 Yesterday I received a box that contained an item that I had very much anticipated.

It contained my Tsume Xtra Hatake Kakashi figure! I had purchased Kakashi on the 23rd of January so I was pleasantly surprised by how fast it shipped to Australia. I was forced to spend an incredible amount on shipping. At least that now seems somewhat justifiable!

The window box is a fantastic idea for hardcore collectors. It has Kakashi’s name in Kana at the top and on both sides it has images of the Uchiha Madara Xtra as he was the previous figure in the range. I put the box safely in the cupboard. You never know when you will need it again!

The underside of the base has Kakashi’s name, Xtra and Tsume logos as well as the Naruto trademark as it is Tsume has the license.

One thing about the Tsume figures that really appealed to me was that they are all hand painted.  This is evident by the little detail on the statue. The shading is immaculate. My Kakashi has two little blue spots from his headband on his hair. Just makes him an individual, right?

I really like the pose that he is in. Instead of just standing he is running and putting all of his weight forward. I did worry that the weight of the statue learning forward will eventually cause damage but I am sure they thought of that. Kakashi’s second foot is not on the ground. He is just being held by a peg on his grounded foot.

The only thing that could be improved in my opinion is Chidori. It looks a little too.. plastic against the figure. It is only a small complaint as if I had to choose between standing Kakashi and mid Chidori Kakashi I would choose the latter every time. 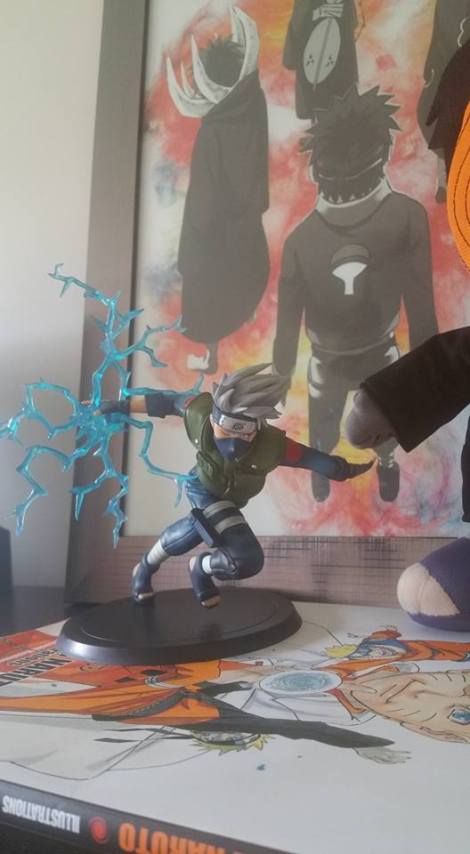 Now he has a new home on my shelving unit. It wasn’t until after I took this photo and uploaded it that I realised it looks like Kakashi and  Tobi want to hold hands. What a lovely surprise!

Taking photos of Kakashi on my phone made me realise that I really need a better camera. Future pictures will look absolutely amazing with one!