Generation II was the first time that I ever played a Pokemon game. Pokemon Silver is my most played video game ever – MMO’s excluded. I repeatedly beat the game, restarted, got the PokeDex and bred for shinies. Gen II still has my favourite designs. They are just so colourful! 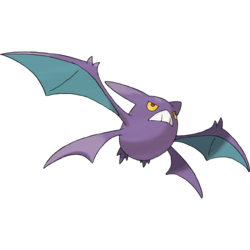 Hearing ‘Zubat’ or ‘Mt. Moon’ still causes me emotional pain. I never enjoyed Zubat or Golbat. When I found out that you could evolve a Pokemon via happiness I took a Zubat out of the PC and evolved it as soon as possible. I was surprised by how strong Crobat was! After that I repeatedly obtained a Crobat in every single save that I had.

The Ruins of Alph was an interesting place. I spent a lot of time slowly working out the puzzles it contained. I am notoriously awful when it comes to slider puzzles and these were no exception. I had no choice as I wanted to catch all of the different alphabetical Unowns. The other exciting thing that the Ruins of Alph contained was a Natu. I caught one and ended up keeping it on my team. It definitely became a favourite! 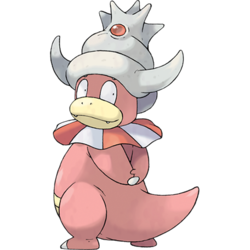 I felt sorry for Slowpoke because they were all getting their tails cut off and then eaten as a delicacy. I could not even comprehend that was a child. I caught one as a means of saving it from the evil Team Rocket and when it was time to use my Kings Rock and choose a Politoad or Slowking; the choice was an easy decision to make. Slowking looks incredibly regal and I love him solely based on his design. 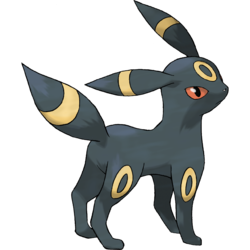 All Eeveelutions are a-ohkay with me! There has not been one that I have disliked. It was a tough decision choosing between Espeon and Umbreon but Umbreon has to take it. I enjoyed the Dark typing as it was new. Especially when I already had a Xatu. The shiny version of Umbreon is particularly lovely. 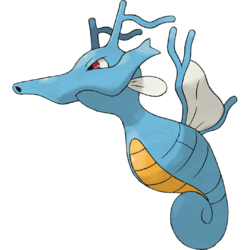 I went out and caught a Horsea as soon as I defeated Gym Leader Clair. Kingdra was strong, especially because I always started with Typhlosion. The design is quite nice too. I was lucky that I had no brother to trade Seadra over with the Dragon Scale so that I could obtain my own swifty Kingdra! 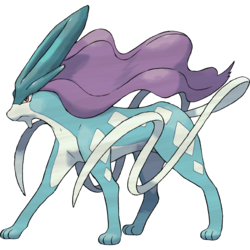 I really like the legendary dogs. Or are they cats? I always thought they were dogs but I have read people say otherwise. I thought the fact that they wandered was amazing. I always got such an adrenaline rush when I finally ran into one. Suicune became my favourite due to it being the title Pokemon for Crystal. Without Crystal I would have probably chosen Entei as I found Entei in Pokemon 3: The Movie really amazing. I never use legendary Pokemon but I do still appreciate them! 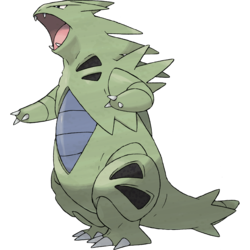 It was so disappointing that by the time I could finally catch a Larvitar the game was almost finished. I had already collected all 16 badges and beat the Pokemon league numerous times. That said I was still really excited to finally get one of my favourite tank Pokemon, Tyranitar. It is such a shame that he isn’t as OP as he once was. You knew someone meant business if they had a well trained Tyranitar in their party. 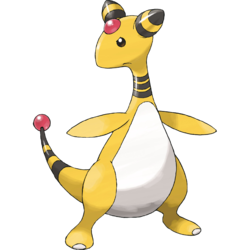 My favourite Electric type Pokemon. I love Ampharos. Without a doubt I will catch a Mareep as soon as I can so that I can evolve it into Ampharos. I have always just loved the Pokemon so much. Jasmine was my favourite Gym Leader in Pokemon Silver and she aided Amphy in the Lighthouse. That could be where it all started. I remember already having one before that scene though.

Cyndaquil is my favourite starter of all time. When I was young I had a whole GeoCities devoted to Pokemon. Information on every game, TCG, anime, other games. It had a Cyndaquil theme and I would update his current emotions all of the time. On top of that it had a ProBoards RP’ing board alongside it that I moderated. It was fairly successful. Too bad it wasn’t cached and I will never see it again. That is how much I like the cute little bundle of flames that is Cyndaquil.

Lugia is the best legendary. I hated having to find it in the Whirl Islands but I was so excited to catch it. Pokemon: The Movie 2000 had a great representation of Lugia. I had Lugia’s theme song on a burnt CD as a child and I would always listen to it. I still know the tune off by heart.

Since it’s the day to celebrate daughters I want to celebrate my own two beautiful daughters. Poppy and Dulcie both bring so much love and joy to my life and I am blessed to be their mummy. 💕
One day post surgery and feeling good!
The girls. 💕
GOHAN.
There was no school today so Anthony and Poppy spent the day together and had a lot of fun!
Stop being so cute. 🥹