If you had asked me to name something iconic from Kingdom Hearts II, my answer would definitely have been sea salt ice cream! There were so many memorable conversations that took place up on the Clock Tower. I really enjoyed the interaction between Axel and Roxas.

I was browsing the internet looking for nerdy recipes to try to recreate when I stumbled upon the recipe for sea salt ice cream. It turns out it is really simple to make! The recipe is as follows.

Once all of the ingredients were prepared my friend Katelyn (@KRF91) began to mix them together. 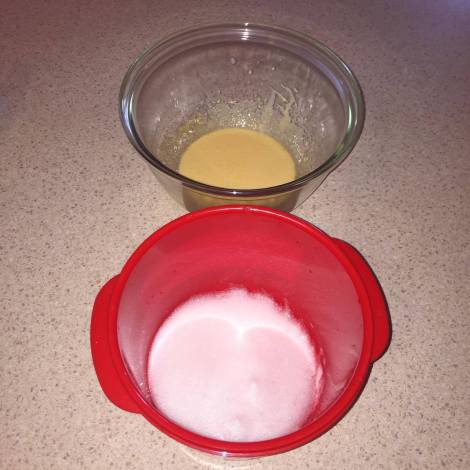 We separated the egg whites and beat them in one bowl. While placing the yolk in a bowl with the sugar and also mixing them together. Once we finished with that we placed the milk on the stove and brought it to a boil. Once boiled it was then too added to the egg and sugar mixture which was then mixed.

Once we got to this stage we put it back on the stove on a low heat until the consistency resembled custard. Once it reached that stage we poured it into the egg whites from before and mixed it together. Now you can add your sea salt to taste! We added what I thought was a lot but the vanilla essence really dulled the taste of the salt so in the future I would add a little bit more salt. Then put it in the fridge for five minutes.

After it is finished in the fridge add in the cream and mix it again. Add the vanilla essence and the food colouring. We read online that you do 7 drops of blue to 1 drop of green. 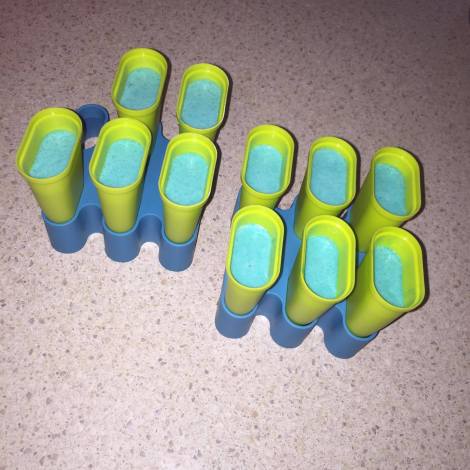 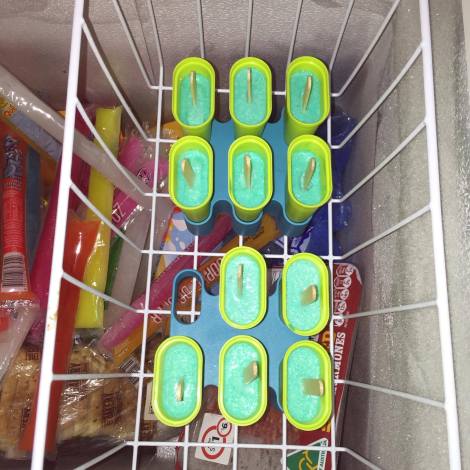 Two hours after that stage, they were ready to eat! We tried to get a nice photo of them but even so late at night it was over 30C and they melted fast!

They were really nice! Like I previously said the only thing I would have changed is added more salt as it was really dulled by the vanilla essence. Other than that I was really impressed with them! I will make them again!

Girl club! 💕
Aussie girls are Bluey girls. 💕
Morning love. 💕
First time trying chislic!
My little ray of sunshine ☀️
Living in the US means we get to experience lots of amazing pets. We are big animal lovers in this family!