It seems like so long ago that I was making my way through the Kanto region. Some of the Pokemon I still hold dear to this day. I sat down and made a list of my ten favourites. As I was a child, most of these Pokemon are ones that I genuinely liked as opposed to liking for their battle prowess. The majority of theme aren’t even evolved – I like the evolution lines though! 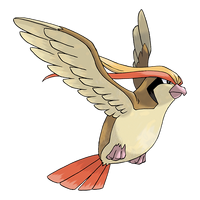 Where would we be without Pidgeot? I used to catch a Pidgey as soon as possible and other than my starter, it was always one of my first to evolve. I definitely preferred Pidgeot over Fearow so I had a Pidgeot on every single save. Pidgeot saved me from having to manually make my way to all of the different locations on the map. Pidgeot will always my favourite HM02 slave. 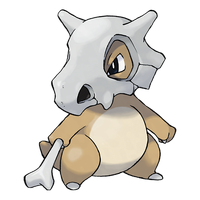 Cubone’s life is so sad. Wearing the skull of your dead mother would probably be a downer on your life. Having to deal with his story line in Lavender Town was heart breaking. There are so many theories surrounding Cubone too. Was it meant to be a baby Kangaskhan who had lost its mother? The baby Kangaskhan and Cubone do look similar. I guess we will never know. 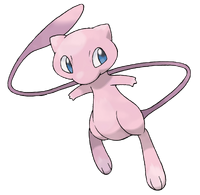 Everyone wanted a Mew when they were a kid. There were so many rumours going around as to how to get one. Behind a truck, on the SS Anne, versing Mewtwo a certain amount of times. Eventually I received a cloned Mew on Silver from my cousin with the OT Cody. Many years later that OT is my best friends partner of many years. What a small world! 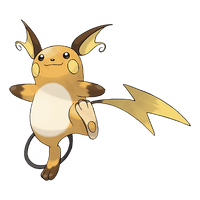 I like Pikachu but Raichu just looks so much better. I always evolved my Pikachu. I feel that Raichu doesn’t get anywhere near as much love. Pikachu is everywhere but poor Raichu – forgotten. Even Pichu gets more of a look in. Lt. Surge’s Raichu was a badarse as well as the Raichu on the ship in the anime. 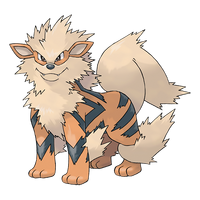 Arcanine is such a good looking Pokemon. I always had one on my team when I didn’t start with Charmander. I thought I was so cool with my Fire Blast. I also really liked Gary’s Arcanine in the anime as well as James Growlithe! 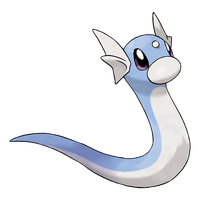 I always thought Dratini was so cute! As a child I tried to collect every different Dratini Pokemon card. I enjoyed the benefit of having a Dragonite on my team of course but Dratini was the reason why I even got that far. I still remember the first time I found one while fishing in the Safari Zone. I couldn’t catch it! It didn’t help that is was rare to run into. Eventually I caught one and the rest was history. 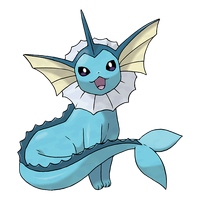 Vaporeon was my first level 100 Pokemon ever. Its nickname was ‘Water Drop’. I loved my Vaporeon more than any other Pokemon. Sadly my carts were all stolen from my house and I lost them all. I don’t know what possessed me to originally evolve Eevee into Vaporeon – probably just having a random Water Stone on hand. It quickly became the strongest member of my team and probably my most used Pokemon to this day. 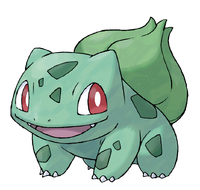 I don’t understand why Bulbasaur has such a bad reputation. There are so many memes about it being the unwanted starter. I absolutely love him though. He’s so cute and he actually goes alright for the start of the game. I would choose him over Squirtle any day of the week. 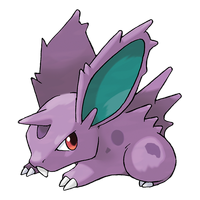 Possibly the most surprising Pokemon on my list is Nidoran M. I thought that he was so cute and I would always find one as soon as possible. Even if it went versing Gary before I was ready! The fighting moves really helped against Brock. Even now when I think of Pokemon I have REALLY liked, Nidoran always comes to mind as one of my favourites. My young self thought it was amazing. I even drew a picture of it on my Gameboy Bag. 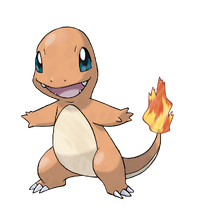 Charmander and Nidoran are pretty close in how much I love them. Charmander just wins due to how awesome he is. How great Charizard is. Especially his Mega Evolution. Also the anime portrayal of Charmander being left all alone on the rock in the rain. It made me so angry! I even remember some of the lines from the episode.

“Pikachu says Charmander is waiting on that rock for somebody to come and get it.”

Then he evolves and won’t give Ash the time of day. Eventually they become friends. Oh it is all so emotional!