I recently picked up Naruto Shippuden: Ultimate Ninja Storm Revolution again. I put it down as I had beat Tournament Mode and the constant grind was tiring me out.  I was also put out by how annoying Mecha Naruto was. I am definitely pro-filler! I would even go as far as to say that I generally like it. It can be great when it is used correctly – like character backstories! Too bad Mecha Naruto is just a horrendous mistake.

I have been hyped for Naruto Shippuden: Ultimate Ninja Storm 4 since the initial announcement. I have my deposit down on the collector’s edition; willing to pay over the odds for a statue of Naruto from The Last and not even UNS related. The hype led me to chuck Revolution’s disc back into my PS3 and give it a crack.

Since starting it up again I have been going for the trophies. It seems to be a pretty simple platinum albeit a tad grindy. I have been going through the Leagues and also working on the mechanics. I would say that I was pretty average. I know enough to beat the game and probably beat people in person at least half of the time. I tend to fall back on Ultimate Jutsu a lot and I wanted to change that. So I have been reading all of the combos and trying to recreate them. I’ve gotten so much better in such a short space of time! Now I can Kamui with ease.

It took me awhile to decide on who to main. Naturally it was always going to be Obito Uchiha, I just didn’t know what version. In particular I had to choose between Tobi, ‘Madara’ and Obito Uchiha. I eventually chose Obito. I really enjoy Tobi’s comedic move set! I could Whack-a-Mole Jutsu for days. Obito just works for me better. Though this might all change soon as I am over hearing..

“There is no hope in this world… only hatred..”
“Disappear with the reality that you are so entwined with. What you will see next is the world of dreams.”
“Thoughts and wishes are all lies. You cannot achieve anything while you are enslaved to them.”
“Don’t worry.. I will bring you along to the world of Infinite Tsukuyomi too.”

I accidentally stumbled upon the Obito victory against Kakashi one when versing Kakashi CPU in the Jonin grouping. So many feelings! Poor Kakashi! Poor Obito! Poor heart of mine! After that I had to find out what Kakashi’s was in regards to beating Obito and that one is rather sad too.

“Kakashi.. don’t.. you don’t have to suffer anymore.” (Obito defeating Kakashi.)
“I won’t dismiss your old dreams.. even if you’re the very one disregarding them now.” (Kakashi defeating Obito.)

I can not imagine a life without RuneScape. Whether I stop playing for an hour or a year, I always come back to it. There are so many things that I enjoy in RuneScape. My account is eleven years old and I still play.

That said I absolutely hate Dungeoneering. I hate it. I hate it. I hate it. I found it overly complicated and I love to solo content. Having a skill that pushes you into teaming up with other people makes me sad. I know I am playing an MMO. I like seeing other people and joining in on conversations while skilling but that’s the limit. Having to rely on people to gain XP hurts me. Therefore I hardly leveled my Dungeoneering up past the bonus XP levels I received. Of course JaGex decided to put the ‘high level’ player city behind a level 75 Dungeoneering requirement so I had to level it.

All of the other skills required were already 75 or higher so I jumped on reddit and asked for help. Some nice user got me some decent equipment bounded and took me through a couple of floors. After them explaining it to me I found it rather easy. Though, I think I will just stick to doing the Dungeoneering daily challenge and extending it with vis wax.

I am pro-filler. I really, really am. But seriously? We have had ten manga related Naruto episodes so far in 2015. TEN! That is really depressing. Chunin exam filler and now Infinite Tsukuyomi. 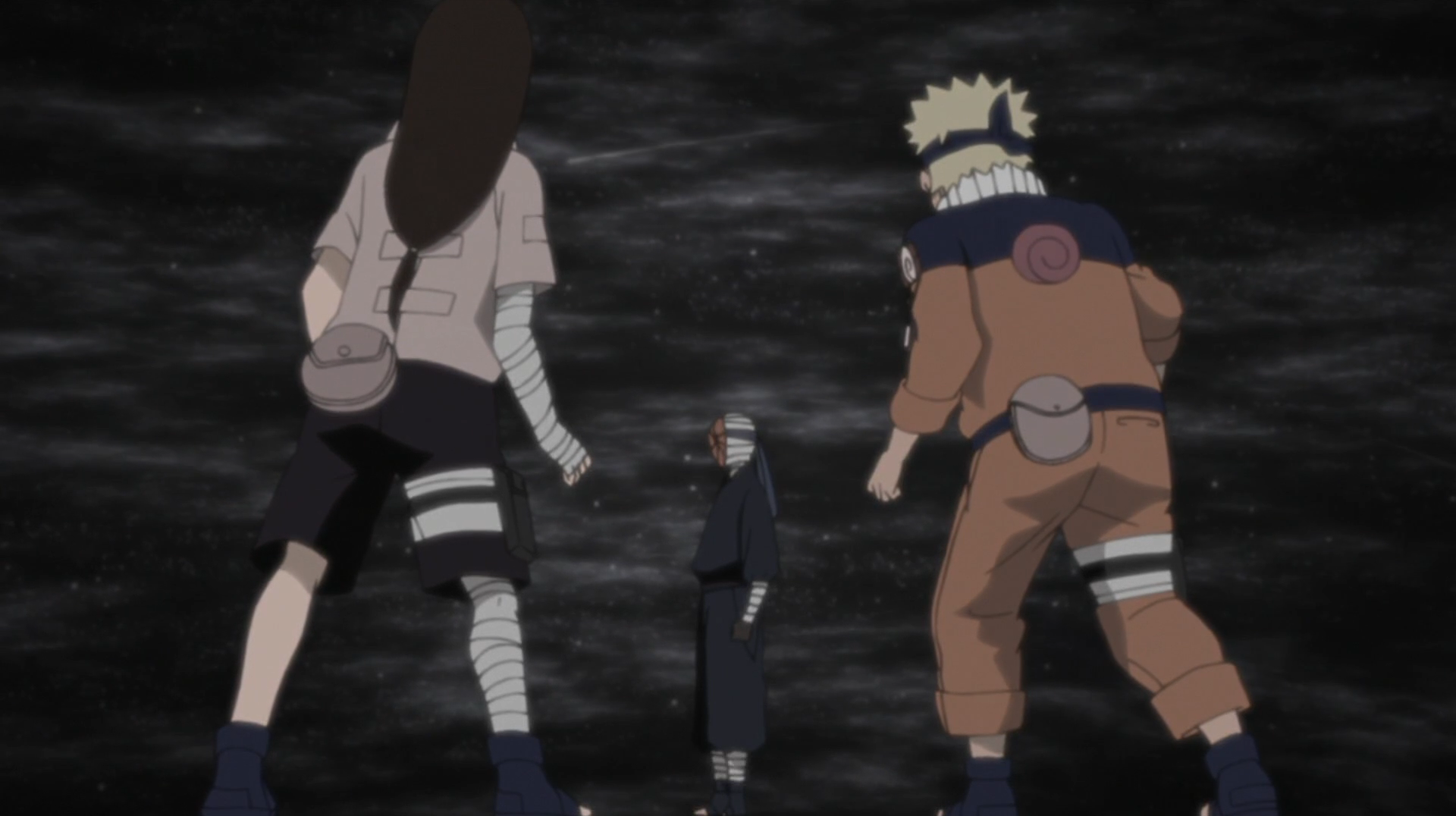 The current filler has been alright. I liked Yamato’s dream, as well as Karin’s backstory. It was nice to see her as more than a Sasuke obsessed fool. The current few episodes are all focusing on Jiraiya’s story. It was nice to see Konan, Yahiko and Nagato again. Even if they are a little out of character. The next episode aptly titled ‘The Masked Man’ focuses on Obito. I assume he’s the main antagonist of this little story. Which, don’t get me wrong, I love! However, why does filler have to contain things that can’t actually happen and contradict canon in so many ways? Jiraiya didn’t know all of the Akatsuki or Obito firstly. Forgetting that if we take the story at face value it can’t possibly have happened. There’s no way that they fought Akatsuki as genin and just forgot. Or that Obito kidnapped all of the Jonin. Ahhh! Give me backstory filler. Show me how the Akatsuki captured the rest of the tailed beasts? Give me more information on the other villages? More Team Minato? Anything that makes sense in canon!

I promise there is more to my life than Naruto. I wasn’t going to read this light novel at all. I have a backlog of light novels to read after all. Though I stumbled across the translation of how Itachi went about killing his girlfriend and now I am following the translation. Everyone has such a sad life.